I fell in love with competitive powerlifting at the age of 49. I had trained with a group at my gym but had no idea what it was like to compete. Despite having to quickly learn about gear and Wilks and commands, I had a blast! Although I was hooked and began to train with powerlifting in mind, I didn’t compete again until fall of 2018. And when I say compete, I mean compete. I did 3 competitions between September and December. While this is not great advice for everyone, it was great for me because it gave me the opportunity to stay focused on specific goals and to gain a lot of experience. Here’s a breakdown of each competition:

I was very green at this one. Our gym did a group powerlifting camp which culminated in a real powerlifting meet. Our gym owner entered everyone into the Open division because it cost extra to enter into master’s.  Since I was in the 84+ category, I knew I had no chance of winning against the incredibly strong 20-somethings, so I had the luxury of going for PRs and not worrying about anything else.

This was everything for me. I trained diligently and had my eye on the prize: the state deadlift record for my weight/age. Back in the summer, I had participated in a non-sanctioned fundraising deadlift meet during which it turns out I matched the current state record. I picked up 135 kg (297 lbs) like it was nothing. I knew that I could add at least 2.5 kg to cinch the record. All I needed to do was to make at least one of each lift and to pick up 137.5 kg on the deadlift. I did it, and got not only a legit record but also 1st place for my age/weight. My goal, though, was to get a PR in each lift in addition to reaching the goal I set at the start of the year to deadlift 300 lbs.

This was a much larger meet than the one in September but comparable to my first one. There were two platforms lifting at the same time. Because I had trained so hard for the September meet and accomplished everything I wanted to accomplish this year, my goals for this meet were to make at least one of each lift and to break my deadlifting record. Because I hadn’t trained or eaten properly for this meet, I kept debating about not doing it. Not only was I not in prime physical condition, but this meet required road travel and an overnight stay. It seemed like excess time and expense. The only reason I signed up for it was because it was posted before the September meet. I got my deadlift record at 140 kg (308 lbs) but sucked on all the other lifts- missing my PR attempt on squat and my most recent successful attempt on the bench. The deadlift was heavy, but as soon as I got it to my shin, I knew I could lift even more. 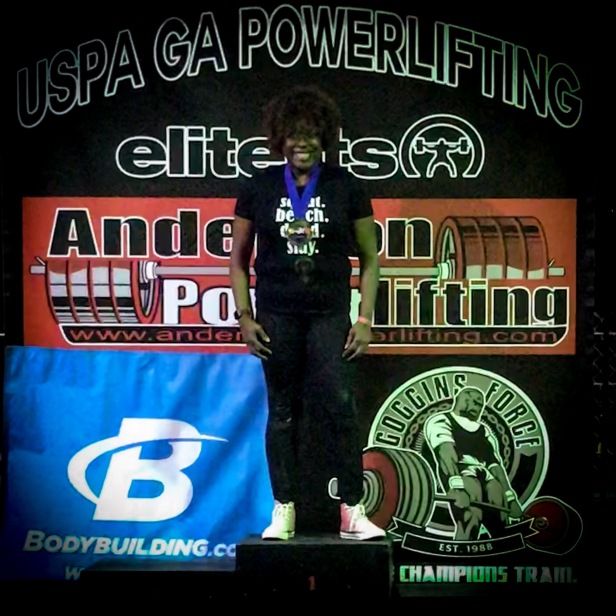 Easy peasy. For whatever reason, very few women over the age of 40 even attempt to lift an empty bar at a USPA meet. Several masters friends and I had an easy task: Make at least one lift- regardless of weight- in each lift and score 4 state records. By now, I had not done any peak strength training because this was about 4 weeks from my prior meet. I had two extremely important goals for this meet:

It’s not fair or accurate to compare 3 experiences with USAPL to 1 experience with USPA, but here are some initial impressions:

Winner: USAPL– simply because I’m familiar with their allowances and the accept the Rehbands that I already own. I am 100% going to buy some USPA-complaint knee sleeves because I will definitely lift with USPA again.

Winner: USPA. The commands are the same for both, but USPA has more allowances. While I’ve never, ever felt the need to lift my head off the bench to bench press, it’s nice to know that I can. Same thing for my heels. I was trained with a flat foot stance, and that’s all I know, but it’s comforting to know that my heel can be lifted as long as my foot doesn’t move around. Although I don’t have the body positivity vibe that allows me to feel comfortable in a singlet, it’s nice to know that USPA doesn’t require a t-shirt under it for the deadlift. Again, not an allowance that I will be using, but it’s nice to know that it’s there in case I reach my body composition goals.

Winner: USAPL. USAPL tends to have monitors that are easier to access to keep track of performance and placing. This is important if your attempt selections are based on jockeying for a specific ranking and you don’t have a handler. There’s always been a monitor behind the platform where lifters can see where they are in line and in regards to placing. This was not present at the USPA meet. There was just one large monitor to the right of the platform. I had to listen very closely to see when I was on deck vs in the hole.

Winner: USPA. I found that USPA was very quick with updating the results and the records. At the time of this writing, I’m still waiting for my record from early November to post with USAPL whereas my USPA records have already posted.  With USAPL, I had to submit the record information online after the fact while USPA had it from the meet. When you love accolades as much as I do this is significant.

Both USAPL and USPA make powerlifting rewarding and fun. There’s no need to choose between the two. Try both, and see for yourself. And remember, if a 51-year old, last-place athlete with multiple chronic conditions can do it, you can too. The only lift that might be a challenge for someone with limited mobility would be the back squat since it requires squatting below parallel. As for the bench press and deadlift, many of you can do these. It doesn’t have to be THE best; it just has to be YOUR best. And who knows? You just might set or break some records or win a medal. Even if you don’t, everyone looks slightly crazy but a lot of badass when they have their picture taken on the platform. Trust me. 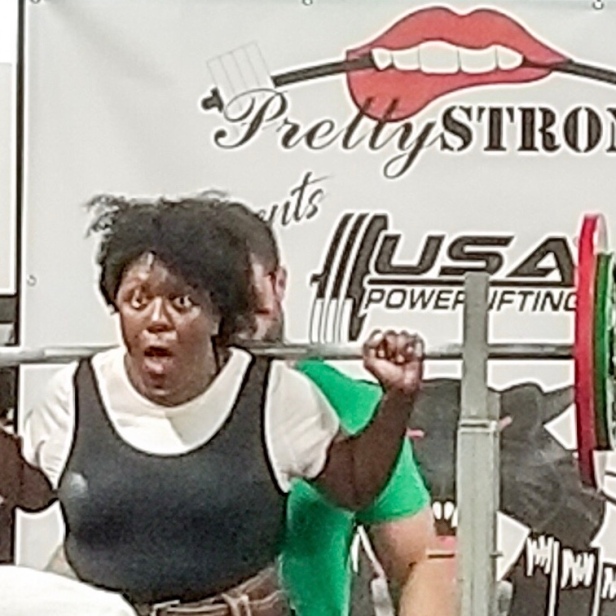 3 thoughts on “LIFTING WITH USAPL AND USPA: A M2A’s Experience”